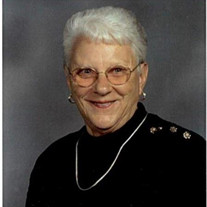 Mrs. Betty “Hall” Weaver, 84, of Carthage, Missouri passed away on December 8, 2021. She was born July 20, 1937, in Avilla, Missouri and graduated from Carthage High School in 1955. She received a BS Degree from PSU, Pittsburg in 1959 and a Master’s Degree from Drury College, Springfield in 1977. She was united in marriage to Gary Weaver in 1956; he preceded her in death in 1975. Betty was a retired teacher and coach. She taught high school in Kansas for two years, California for seven years and 23 years in Missouri including: Golden City, Cabool, Sarcoxie, Willard, and retiring from Jasper in 1997. She then worked three years for Jackson Hewitt Tax Service. She was a member of the First Presbyterian Church of Carthage where she served as Treasurer of the Deacon’s and Circle 1, an elder and trustee, and co-moderator of the Presbyterian Women. She had volunteered for Meals on Wheels, Crosslines, and Angel Food distribution. She is survived by two children, her daughter, Kim Hood and Husband Terry of Neck City, MO and son, Curt Weaver and Wife Dena of Marshfield, Missouri. She is also survived by five grandchildren Tyler Hood and wife Shayla of Alba, Cody Hood and wife Heather of Carthage, Jordan Hood and wife Olivia of Joplin, Kiley Weaver and wife Tara of Dallas, Texas, and Jalyn Weaver of Springfield, Missouri. Also surviving are eight great-grandchildren, Kaylee, Kirsalyn, Kaulden, Tucker, Kenley, Konner, Cole, and Emerson, two brothers, Homer Hall and wife Lea Ann of Hendersonville, Tennessee and Terry Hall of Mount Vernon, Missouri. Betty loved her family and friends, enjoyed playing bridge, reading, rooting for the Cardinals, KU, North Carolina and Duke Basketball and especially spending time with her grandchildren and great-grandchildren. She also treasured all the players and memories of her days as a volleyball coach and her former students who kept in touch with her from California and other schools. Along with her husband Gary, Betty is preceded in death by her parents Margie and Columbus Hall. A visitation is scheduled for Friday evening from 6:00 to 7:00 p.m. on December 10, 2021.Services for Betty will be held at 2:00 p.m. on Saturday, December 11, 2021 at the First Presbyterian Church in Carthage, Missouri. The burial will be at Sarcoxie Cemetery following the service. Contributions may be made to the First Presbyterian Church of Carthage for Presbyterian Women. Online condolences may be made at www.ulmerfh.com. Arrangements are under the direction of Ulmer Funeral Home.

The family of Betty Lou Weaver created this Life Tributes page to make it easy to share your memories.