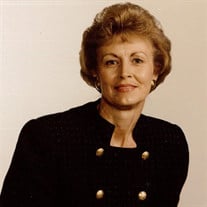 Carol S. “Collins” Long, 75, passed away Wednesday, January 23, 2019 at her home in Webb City with her husband, Bob, and family at her side. Carol was born into humble beginnings on August 2, 1943 in Nevada, MO to Chester H. and Ruth “Rackley” Collins. Her early education was in a one-room school house. She graduated 8th grade from Friendship School, Barton County, MO. Carol went to Lamar High School where she was chosen homecoming queen her freshman year. She was a member of the National Honor Society and, upon graduation in 1961, she was offered a scholarship to the University of Missouri, Columbia. Instead, she chose to marry Bob Long, her one true love, on August 4, 1961. In Carol’s early business career, she worked for Western Electric in Lee Summit, Lawn Boy in Lamar and seven years at various banks in Carthage and Joplin. Her 27-1/2 year career at Leggett & Platt in Carthage began in 1970 and progressed as per the following news release by the Company. “In 1970, Carol Long joined Leggett & Platt as an Executive Secretary to our President, Harry M. Cornell, Jr. In that same year Leggett had record sales of $30 million. “As L&P has grown, so has the complexity of our Chief Executive Officer and his staff. In 1985, recognizing that Carol Long was being asked to direct significant special projects and supervise staff, she was promoted to the job of Assistant to the Chief Executive. At that time, she relinquished her secretarial duties in order to devote more time to her increased managerial responsibilities. “Today, Carol is in effect our “Chief of Staff”. With the help of others, Carol sees that the hundreds of inquiries to the Chief Executive’s office . . . from customers, investors, employees, applicants, entrepreneurs, legislators, presidents of other major companies, environmentalists and representatives of charitable foundations (to name a few examples) . . . receive thoughtful, timely and appropriate responses. When our Chief Executive’s heavy travel schedule takes him away, sometimes for a week or more, Carol manages and coordinates his on-going responsibilities. “Carol’s professionalism and thorough follow-up have set an example followed by administrative personnel throughout Leggett & Platt. In recognition of the complexity of her management duties and outstanding job she’s done, Carol has been appointed Staff Vice President.” During her tenure at L&P, Carol attended evening classes at Missouri Southern. She retired in 1997 after 27-1/2 years with L&P. Carol was a member of the Peace Star Chapter of American Business Women’s Association, serving for 25 years in many areas, including president, secretary, and ways and means chairman. She was chosen as Woman of the Year of her local chapter and a candidate for woman of the Year nationally. She was also instrumental in organizing, implementing and hosting the National American Business Women’s Association Conference in Shangri La in 1990. Carol is survived by her husband of 57 years, Robert M. Long; two sons, Randal Long (Nicky) of New Jersey, Jeff Long of Arizona; eight grandchildren, Reagen Long-Beaverson, Devon Long, Austin Long, Jacob Long, Abby Long, Ethan Long, Sam Long and Sadie Long; two sisters, LaNita Aldridge and Wanda Holcombe; and sister-in-law, Melva Collins. Carol was preceded in death by her parents and two brothers, Alvin Collins and Jerry Collins. Visitation will be held from 1:00 p.m. to 2:00 p.m. Monday, January 28, 2019 at Ulmer Funeral Home. Funeral services will immediately follow. Burial will be at Memory Gardens in Lamar. Memorial contributions may be made to the American Cancer Society in care of Ulmer Funeral Home. On-line condolences may be made at www.ulmerfh.com. Arrangements are under the direction of Ulmer Funeral Home.

The family of Carol Sue Long created this Life Tributes page to make it easy to share your memories.