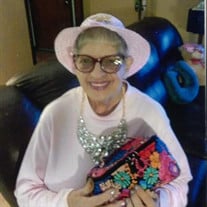 Deborah Sue Bernett, 74, passed away Saturday, February 5, 2022 in Carthage, Missouri. Deborah was born August 13, 1947 in Tahlequah, Oklahoma to James Clark McKee and Lillian B. Moist. She graduated from Neosho High School, in Neosho, Missouri, in 1966. Deborah was a longtime resident of Carthage, Missouri. She was an animal lover and bird watcher. Deborah was an arts and crafts enthusiast, who enjoyed painting and doing ceramics. She loved any and all jewelry. Deborah was united in marriage to David Bernett December 27, 1966 in Spring City, Missouri; he survives. Deborah is survived by her husband, David Bernett; one son, Brian Bernett of Charlotte, North Carolina; one brother, Earl Laney of Broken Arrow, Oklahoma; and three grandsons, Bradley, Adrian and Ryan Bernett. Deborah is preceded in death by her parents, James and Lillian McKee; and a sister, Linda Roberds. A memorial visitation will be held 6:00 p.m. to 7:00 p.m., Friday, February 11, 2022 at Ulmer Funeral Home in Carthage, Missouri. Online condolences may be made at www.ulmerfh.com. Arrangements are under the direction of Ulmer Funeral Home.

The family of Deborah Sue Bernett created this Life Tributes page to make it easy to share your memories.