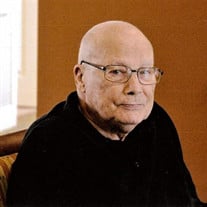 Dwight Ross Arner, 79, passed away Tuesday, January 15, 2019 at his home in Carthage. Dwight was born March 12, 1939 in Carthage to Lloyd William and Katherine Elizabeth (Keepper) Arner. He graduated from Carthage High School in 1957, attended the University of Missouri in 1957 and transferred to Joplin Junior College in 1958, where he participated in football, basketball and track. In 1961 he graduated from Southwest Missouri State, then received his master’s degree in education from Pittsburg State in 1971. Dwight taught and coached at Sheldon, MO, Greenfield, MO and in Carthage, where he retired in 1993. He was well-known and loved as a teacher, coach, brother, father and grandfather. He was also a member of the First United Methodist Church and a member of the Masonic Lodge in Greenfield, MO. Dwight was united in marriage to the love of his life, Linda (Hensley) in 1960 in Carthage; she survives. Dwight is also survived by one son, Eric Arner and wife Gail; one daughter, Stephanie Bross and husband Mark; six grandchildren, Garrett Arner, Kevin Bross, Cooper Arner, Emily Bross and fiancé James Bao, Addison Arner and David Bross; two brothers, Gerry Arner and wife Lois, Ed Arner and wife Glenda; one sister Veleria Wilson, as well as numerous nieces, nephews and cousins. Dwight was preceded in death by his parents, sister Karen Curry and daughter Melinda Arner. Visitation will be held at 10:00 a.m. Monday, January 21, 2019 at the First United Methodist Church in Carthage. Memorial services will immediately follow at 11:00 a.m. In lieu of flowers, memorial contributions may be made to the Melinda Arner Memorial Fund in care of the First United Methodist Church. Online condolences may be made at www.ulmerfh.com. Arrangements are under the direction of Ulmer Funeral Home.

The family of Dwight Ross Arner created this Life Tributes page to make it easy to share your memories.