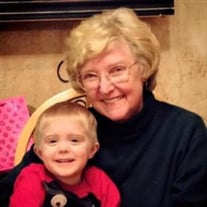 Esther “Sunny” Welch, 77, passed away October 26, 2020. Sunny was born January 3, 1943 in Memphis, TN to Albert “Pa” Holley and Wilma “Ferguson” Holley. She came to Carthage about three years ago from the Dallas, TX area after 50 years. She was a school teacher and taught 4th grade for 17 years; she was Teacher of the Year for seven years. Sunny was a member of the Crossroads Baptist Church in Carthage. Sunny was united in marriage to Bill Welch on July 13, 1962 in Carthage; he survives. Sunny is also survived by one daughter, Robin R. Trammell (Bird) of Wylie, TX; two sons, Chris L. Welch (Anna) of Dallas, TX and Jeff J. Welch (Arzu) of Herndon, VA; four grandchildren, Jessica Coker, Sarah Welch, Allison Welch, and Jarrett Jones; two great grandchildren, Jayci Coker and William J. Coker; two sisters, Sheila Alsup of Decatur, AL and Suzy Peterson of Fresno, CA; one brother, Jim Holly of Memphis, TN. Sunny was preceded in death by her parents; two sisters, Nancy Horton and Mary Dubbs; and one brother, Kenneth R. Holly. Graveside services will be held at 10:00 a.m. Friday, October 30, 2020 at Fullerton Cemetery, south of Carthage. Contributions may be made to the Alzheimer’s Association in care of Ulmer Funeral Home. Online condolences may be made at www.ulmerfh.com. Arrangements are under the direction of Ulmer Funeral Home.

The family of Esther "Sunny" Welch created this Life Tributes page to make it easy to share your memories.