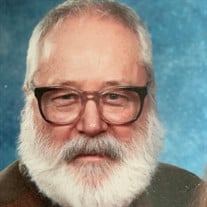 Fred C. Feather, 69, passed away at his home in Carthage on Saturday, August 17, 2019. Fred was born February 24, 1950 in Nashville, AR to John Robert and Wanda Lou “Cole” Feather. Fred served in the United States Army, 101st Airborne Division, in Vietnam and received two Bronze Stars, one Purple Heart and one Army Commendation medal, among several others. He was a member of the Military Order of the Purple Heart, a longtime resident of Carthage, a self-employed carpenter and a member of Fairview Christian Church. Fred was a devoted husband, father and grandfather, who loved his family and friends very much. Fred was united in marriage to his beloved wife and best friend, Cindy Thompson, on June 28, 1975 in Poudre Canyon, CO; she survives. Fred is also survived by his daughter, Melissa Thomas of Webb City; one granddaughter, Riley Thomas; one brother John R. Feather, Jr. and one sister, Kathy Foley, both of Colorado. Fred was preceded in death by his son, Daniel J. Feather in 2007. A memorial service will be held at 1:00 p.m. Monday, August 26, 2019 at Fairview Christian Church. Burial will follow at Park Cemetery in Carthage. Memorial contributions may be made to Fairview Christian Church in care of Ulmer Funeral Home. Condolences may be made at www.ulmerfh.com. Arrangements are under the direction of Ulmer Funeral Home.

The family of Fred C. Feather created this Life Tributes page to make it easy to share your memories.

Fred C. Feather, 69, passed away at his home in Carthage on Saturday,...