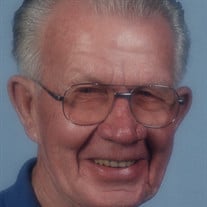 Gerald M. Tatum, 98, passed away peacefully Saturday, April 15, 2017. Gerald was born June 25, 1918 to Max Tatum and Maude May “Spencer” Tatum in their Chestnut Street home in Carthage, Missouri. His beloved wife, Elsie Tatum, preceded him in death. Having lived through the “Great Depression” and orphaned at an early age, he lived an extraordinary life seeing the world, following a path often not paved. Leaving Carthage at an early age, he would often hop trains to destinations such as Kansas City, Chicago and California. He bravely joined the Merchant Marines prior to the United States entering WWll. He assisted in the protection of supply transport ships bound for overseas. He enlisted in the US Army prior to America entering the war, serving from September 1940 until December 1944 and ended his career as a First Sergeant with 10 years total service to his country. When America joined the allies in WWll, Mr. Tatum served in the African Campaign battling Rommel’s army throughout Africa. From Africa, he fought ashore with the second wave of invasion forces on Normandy at Omaha Beach on D-Day and then on to the liberation of Europe. Receiving the American Defense Medal, as well as the European African Middle Eastern Medal, he was then discharged with honors in 1944. After serving his country, Mr. Tatum married his true love, Elsie, and returned to Carthage, which he always described as “God’s Country”. Joining the Carthage VFW Post #2590, he served as Post Commander on several occasions. “Giz”, as he is known to his friends, worked 28 years at Hercules Powder Plant (now known as Dyno). Some of his greatest joys was to spend time with a beer and fishing pole enjoying the rivers and lakes together with family and friends. Weekend traditions often involved spending time at Table Rock Lake fishing, camping and swimming with his beloved family. He always said his family was his greatest treasure and made sure that his family knew he appreciated them and the joy they brought to his life. His true gift was the unconditional love he gave his family their whole lives and the lasting legacy on how he lived his life. “Papo” was loved greatly by his friends and family and will be missed forever. Mr. Tatum is survived by his son George Pope of Colorado and daughter Judy Clardy of California, four grandchildren: Stacy Kirkham of Texas, Laura Anderson, Lisa Tubbs and Scott Pope, all of Colorado and seven great grandchildren, who he adored and they adored him greatly: Ryan, Justin, Ashley, Nicole, Tyler, Kyle and Stella. Graveside service with military honors will be held at 10:00 a.m. on Saturday, April 29, 2017 at Park Cemetery in Carthage. Visitation will be held from 6:00 p.m. to 7:00 p.m. on Friday, April 28, 2017 at Ulmer Funeral Home. Memorial contributions may be made to Avalon Hospice in Carthage in care of Ulmer Funeral Home.

The family of Gerald Tatum created this Life Tributes page to make it easy to share your memories.