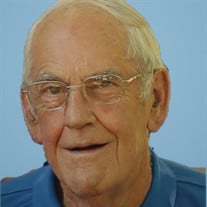 Jerry Lester Spry Sr., 80, passed away Tuesday June 22, 2021. He was a lifetime resident of Carthage. Jerry was born September 13, 1940 to Monte and Doris (Klein) Spry and was the third of six children. Jerry married the love of his life, Shirley Jeane Lambeth, on December 19, 1959. She preceded him in death on March 13, 2018. Together they had two children, Terri Diggs (Tony) and Jerry Spry, Jr. (Brenda). He is survived by three grandchildren Craig Diggs (Teri), Amy Jones (Kirk), and Carrie Burgi (Kevin), and six great-grandchildren Asher Jones, Jasper Diggs, Ava Jones, Olivia Burgi, Kael Jones, and Brooks Burgi. He is also survived by his siblings Mary Jane Talley (Bill), Carthage; Tom Spry (Robyn), Mt. Zion, IL; David Spry (Cheryl), Diamond as well as sister-in-law Barbara Spry, Jasper; brother-in-law Kenneth Wheat, Carthage; and sister-in-law and brother-in-law Susie and Bob Trent, Carthage. Elaine Wheat and Monte Earl Spry preceded him in death. Jerry graduated from Carthage High School with the Class of 1958. Jerry served in the US Navy from 1958 to 1964 and was honorably discharged. Following his service, he worked at Hercules and then Carthage Water & Electric Plant starting in the electric department and later transferring to the wastewater department. He retired in 2005 following over 34 years of service. Jerry was a member of First Christian Church of Carthage and the Seeker’s Sunday School Class. Jerry’s favorite hobbies were his children, grandchildren, especially his great-grandchildren, fishing, and woodworking. Services will be held at 2:00 p.m. Friday, June 25, 2021 at First Christian Church in Carthage. Visitation will be held from 6:00 p.m. to 7:00 p.m. Thursday, June 24, 2021 at Ulmer Funeral Home. Burial will be at Park Cemetery. Contributions may be made to First Christian Church in care of Ulmer Funeral Home. Condolences may be made at www.ulmerfh.com. Arrangements are under the direction of Ulmer Funeral Home.

Jerry Lester Spry Sr., 80, passed away Tuesday June 22, 2021. He was a lifetime resident of Carthage. Jerry was born September 13, 1940 to Monte and Doris (Klein) Spry and was the third of six children. Jerry married the love of his life, Shirley... View Obituary & Service Information

The family of Jerry Lester Spry Sr. created this Life Tributes page to make it easy to share your memories.