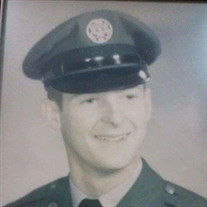 Kerry Kinder, 72, passed away February 18, 2019 at his home in Carthage. Kerry was born September 11, 1946 in Springfield, Missouri to James Leon and Dorothy Gladys “McKinney” Kinder. Kerry served in the United States Air Force from August 1964 to August 1968 and served his last year in Vietnam during the Tet Offensive. He was a Carthage area resident since 1984 and grew up in the Bolivar area. He was a service manager for Ryder Trucking of Carthage, Springfield and Joplin and worked there for 37 years. Kerry attended the Salvation Army Church, taught Sunday school there, and assisted with transporting kettles during the annual “Ringing of the Bells”. He had a close relationship with the Lord and knew where he was headed for eternity. Kerry was united in marriage to Cecilia “Mayes” Kinder September 24, 1989. She preceded him in death on January 20, 2014. Kerry is survived by two daughters, Katherine VanWey (Steve) of Carthage and Jessica Kick of Fayetteville AR; two sons, James Kinder (Amber) and Joe Brown both of Carthage; eight grandchildren, Karlee, Clay, Carson, Cole, Avery, Cooper, Malari, and Kyra; and one brother, John Kinder of Casper Wyoming. Kerry is preceded in death by his parents and his wife. Memorial services will be held at 2:00 p.m. Thursday February 21, 2019 at the Salvation Army Church of Carthage, Missouri. Memorial contributions may be made to the Salvation Army in care of Ulmer Funeral Home. Online condolences may be made at www.ulmerfh.com.

The family of Kerry Kinder created this Life Tributes page to make it easy to share your memories.