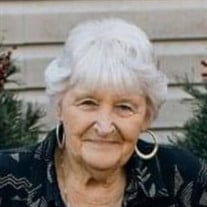 Linda L. Smith, 81, passed away June 8, 2020 at Oak Point Assisted Living in Carthage. Linda was born December 2, 1938 in Clovis, New Mexico to Ernest and Elnora “Ramm” Kube. Linda was an area resident for the past 50 plus years, moving from Farwell, Texas. She was a secretary for the Carthage High School Counselors Office and an independent realtor. Linda was a member of the Good Shepard Lutheran Church of Carthage. Linda was married to Donald Jones on June 9, 1961; he preceded her in death May 23, 1967. Linda was then united in marriage to Roy Smith on January 9, 1970; he preceded her in death April 7, 2006. Linda is survived by one daughter, Marla Shumny (Mike) of Carthage; one daughter-in-law Cheryl Jones; four grandchildren, Savanna, Meagan (Ryan), Morgan (Wes) and Kaleb (Jillian); seven great grandchildren, Lucas, Layla, Lucy, Sawyer, Barrett, Benton and Ada; one sister, Bobbie Kay Walton of Texas. Linda is preceded in death by her parents; one son, Marty Jones in April 2010; and one grandson-in-law Zach Jones in June 2020. Memorial graveside services will be held at 10:30 a.m. on Friday, June 19, 2020 at Fullerton Cemetery south of Carthage. Online condolences may be made at www.ulmerfh.com. Arrangements are under the direction of Ulmer Funeral Home

The family of Linda L. Smith created this Life Tributes page to make it easy to share your memories.