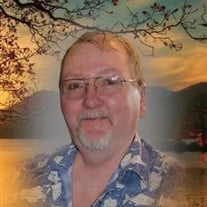 Lyle W. LaFon, 60, passed away November 20, 2016 in Joplin, Missouri. Lyle was born April 9, 1956 in Carthage, Missouri to Wayne LaFon and Betty “Donalson” LaFon. Although he was raised in the Dudenville Community, he lived in Carthage all of his adult life. Lyle worked as a foreman for Leggett & Platt Branch One for 37 years and was a member of the White Oak Presbyterian Church, southeast of Dudenville. He studied music at MSSU, enjoyed hunting and fishing and made a trip to Canada to moose hunt. Lyle was united in marriage to Sandra M. Pickering on November 5, 1989 in Jasper, Missouri; she survives. Lyle is survived by his mother Betty, one daughter Karen Foster and husband Bob of Bentonville, Arkansas, four sons Lyle Wesley LaFon and wife Anna of Lonoke, Arkansas, David Pickering and wife Dawn of Seneca, Missouri, Kevin Pickering and wife Molly of Royers, Arkansas, Scott Pickering and his wife Wendy of Cave Springs, Arkansas, eleven grandchildren Kaleb, Justin, Ali, Emali, Joshua, Sara, Abbi, Glen, Mitchel, Chance, Melanie, and Pauleen, one brother Leslie LaFon and wife Janet and one sister Lora Howerton and husband Ron, both of Carthage. Lyle was preceded in death by his father, Wayne LaFon, in 2006. Visitation will be held from 6:00 p.m. to 7:00 p.m., Wednesday, November 23, 2016 at Ulmer Funeral Home. Private family interment will be held at Dudenville Cemetery at later date. On-line condolences may be made at www.ulmerfh.com . Arrangements are under the direction of Ulmer Funeral Home.

Lyle W. LaFon, 60, passed away November 20, 2016 in Joplin, Missouri. Lyle was born April 9, 1956 in Carthage, Missouri to Wayne LaFon and Betty &#8220;Donalson&#8221; LaFon. Although he was raised in the Dudenville Community, he lived in Carthage... View Obituary & Service Information

The family of Lyle W. LaFon created this Life Tributes page to make it easy to share your memories.