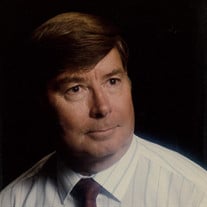 Phillip Wayne Blankenship, 82, went to the land of milk and honey on Tuesday, October 31, 2017 at his home surrounded by his five children. Phillip was born on March 22, 1935 in Carthage, Missouri to Leonard Harry Blankenship, Sr. and Fern Louise “Thomas” Blankenship. He was a lifelong resident of Carthage and worked as a salesman for over 40 years at M.C. Jackson’s and Rogers Office Products. He never really retired, but kept busy with several entrepreneurial endeavors until he took ill this past summer. It became apparent to his children over the summer how quietly he assisted those less fortunate than himself during his life. He always saw the best in everyone, discounting any undesirable attributes. Phillip was united in marriage to Delores LaDene Hall on July 2, 1954 in Carthage, Missouri. They were married for 28 years and had five children. Phillip is survived by one son, Thomas Wayne Blankenship; four daughters, Tia Marie Strait (Tom), Teresa Lynn Blankenship, Tonya Diane Blankenship and Trudy LaDene Blankenship, all of Carthage, Missouri; and one sister, Margaret JoAnne Faucett of Burlington, Kansas. He is also survived by nine grandchildren, Tara “Strait” Cross, Tristian Strait, Toby Buckner, Jessica Blankenship, Zachary Waggoner, Gabrielle Godinez, Victoria Palmer, Chelsea Blankenship, and Patrick Blankenship, as well as 13 great grandchildren. Phillip was preceded in death by both parents, two brothers: Leonard Harry Blankenship, Jr. and David Harold Blankenship, and one sister, Mary Lou Gipson. Phillip was dearly loved by his children, grandchildren, great grandchildren, nieces, nephews and many friends who enriched his 82 years of life. Services will be held at 10:00 a.m. Saturday, November 4, 2017 at First Church of the Nazarene in Carthage. Visitation will be held from 5:30 p.m. to 7:00 p.m. Friday, November 3, 2017 at Ulmer Funeral Home. Arrangements are under the direction of Ulmer Funeral Home.

Phillip Wayne Blankenship, 82, went to the land of milk and honey on Tuesday, October 31, 2017 at his home surrounded by his five children. Phillip was born on March 22, 1935 in Carthage, Missouri to Leonard Harry Blankenship, Sr. and Fern... View Obituary & Service Information

The family of Phillip Wayne Blankenship created this Life Tributes page to make it easy to share your memories.

Phillip Wayne Blankenship, 82, went to the land of milk and honey...