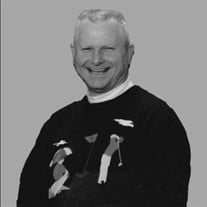 Robert Keith “Pistol” Baugh of Carthage, passed away November 21, 2018 at St. Luke’s Nursing Home after a 10-1/2 year battle with brain cancer. Pistol was born in Carthage, MO on May 19, 1950 to Art and Irene “Wagner” Baugh, Sr. Pistol married Marilyn O’Dell on November 17, 1973 in Carthage; she survives. Pistol is also survived by his children, Amanda and Bronson Makeeff, Charity and Brian Bayless, and Kamie Saylor; nine grandchildren, Morgan and Gavin Makeeff, Jared, Joshua, Kaitlyn, Samantha and Dakota Bayless, Lincoln and Finn Saylor; one brother, Joe Baugh; three sisters, Pat Mize (Eldon), Martha Tucker (Ken) and Valetta Huff (Tim); one sister-in-law, Wanda Baugh; one brother-in-law, Jim White, along with numerous nieces, nephews and cousins. Pistol was preceded in death by his parents; four brothers, Artie, C.D., Ronald and Donald Baugh; and one sister, Linda White. Pistol was a 1968 graduate of Carthage High School, after which he joined the United States Navy and served six years as a radioman. Upon his return from the military, he worked for Joe Baugh Construction, Missouri/Union Pacific Railroad, and as a computer specialist for the Missouri Department of Transportation. Pistol was a Golden Gloves boxing champion. He played fast-pitch and slow-pitch softball, was an avid bowler and golfer, loved Carthage Tiger Wrestling and was a Carthage Little League Coach and Girls’ Softball Coach. He was a member of Christ’s Church of Oronogo. Per Pistol’s request, there will be a graveside service, followed by a Celebration of Life in the Spring of 2019. Contributions may be made to Camp Barnabas, in care of Ulmer Funeral Home. Online condolences may be made at www.ulmerfh.com. Arrangements are under the direction of Ulmer Funeral Home.

The family of Pistol Baugh created this Life Tributes page to make it easy to share your memories.