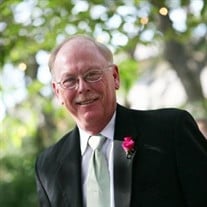 Richard “Rick” Moffatt, 65, of Carthage passed away at his home Wednesday February 15, 2017. Rick was born March 27, 1951 in Lamar, Missouri. He was the son of Ronald Moffatt and Mary Brummett Moffatt. Rick moved to Carthage in 1978 from Independence, Missouri. He owned and operated Star Lanes in Carthage for 30 years. Rick was a member of the Center Creek Golf Course, Bowling Proprietors Association, and a proud supporter of the Arkansas Razorbacks. He enjoyed hunting, fishing and anything to do with the outdoors. Rick was united in marriage to Pam Mackey Moffatt on August 1, 1970 in Sheldon, Missouri; she survives. Other survivors include one son Jeremy Moffatt and his wife Jenni of La Russell and one daughter Casey McCanse and her husband Dan of Austin, Texas, two sisters Linda Wake and Charlotte Sauter, both of Kansas City, Missouri, and two granddaughters Josi and Jacki Moffatt. Graveside services will be 3:00 p.m. Saturday, February 18, 2017 at Sheldon Cemetery Pavilion, Sheldon, Missouri. Visitation will be from 12:00 p.m. to 2:00 p.m. Saturday, February 18, 2017 at Ulmer Funeral Home, prior to services. Contributions may be made to First United Methodist Church of Carthage or the charity of the donor’s choice in Richard Moffatt’s memory. Online condolences can be made at www.ulmerfh.com. Arrangements are under the direction of the Ulmer Funeral Home.

The family of Richard "Rick" Moffatt created this Life Tributes page to make it easy to share your memories.

Richard “Rick” Moffatt, 65, of Carthage passed away at his home...