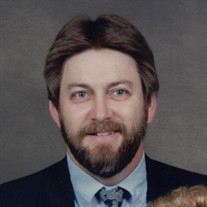 Robert Lowry, 70, of Carthage, Missouri passed away on December 7, 2021 after a single car rollover accident near Diamond, Missouri. Robert was born in May 1951 to Kels and Dorothy Lowry in Waxahachie, Texas. After Robert graduated from Waxahachie High School in 1969, he went on to study accounting at Baylor University in Waco, Texas. After graduating with a Bachelors in Accounting, he spent a vast number of years at Leggett and Platt. In 2016, Robert retired from VSSI, Inc. in Carthage, Missouri. Robert married Sharon Ingram and they had 2 children, Lane Lowry of Boise, Idaho and Sarah (Lowry) Homeier of Chatham, Illinois. Robert was preceded in death by his father, Kels Lowry. He is survived by his mother and sister, Gayle O’Daniel; his two children, Lane and Sarah; and 11 grandchildren, Skyler, Cooper, Amber (Lane) and Isaiah, Nicholas, Makenna, Isabella, Ian, Elias, Micah, and Atticus (Sarah). In his younger years, Robert could be found frequently involved in just about any community sport such as volleyball, softball, basketball, and golf. He had a lifelong passion for music, using his talents to lead worship, tour to area churches and revivals and simply deepening his understanding of worship on a daily basis. Robert was a quiet soul, and when he spoke people listened. His later years were spent fostering deep friendships with those in ministry (inside and outside the church) offering encouragement, leadership, friendship and mentorship. It has always been told to me by our father that he would leave this world with very little. He believed a life well spent was a life spent watching others enjoy all he could give them while he was alive. Our father was a man who never left a need unfulfilled. Rarely would those in need know where or how it was met, but he never wavered at making sure what needed to be done was done. If you knew Robert, your connection to him quite possibly began with a behind the scenes gesture of his kindness, but ended up a deep friendship. Robert’s desire was to serve the Lord in whatever capacity He placed him. In this he never wavered. The biggest joys of his life were his children, Lane and Sarah, and his grandchildren. He was a wonderful example of what a father should be. Always available. Always supportive. Always attentive. And the best part is, he wasn’t one of those men you had to wait until he was gone to think it. He was a true man of character and he lived it every day. Services will be held at Wildwood Baptist Church in Joplin, Missouri on Saturday, January 8, 2022 at 2:00pm. In lieu of flowers, the family requests contributions be made to The James Project, an organization Robert’s daughter co-founded helping fostering families and the children they care for in their homes. The James Project, 907 Clocktower Drive, Suite C, Springfield, Illinois Online condolences may be made at www.ulmerfh.com. Arrangements are under the direction of Ulmer Funeral Home. **Contributions FOR THE JAMES PROJECT CAN BE SENT TO 907 CLOCKTOWER DR, SUITE C SPRINGFIELD IL 62704**

Robert Lowry, 70, of Carthage, Missouri passed away on December 7, 2021 after a single car rollover accident near Diamond, Missouri. Robert was born in May 1951 to Kels and Dorothy Lowry in Waxahachie, Texas. After Robert graduated from Waxahachie... View Obituary & Service Information

The family of Robert M Lowry created this Life Tributes page to make it easy to share your memories.

Robert Lowry, 70, of Carthage, Missouri passed away on December...