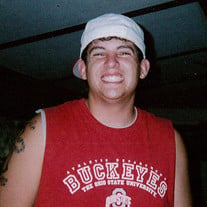 Robert Colton Wilks, 26, of Carthage passed away September 30, 2017 at St. Luke’s Hospital in Kansas City, Missouri after succumbing to a sudden illness. His final hours were spent surrounded by loved ones. Colton was born August 1, 1991 to David and Sandra Wilks in Tahlequah, Oklahoma. Colton moved to Carthage as a child, where he spent much of his adolescent years attending Carthage Public Schools; he established many lifelong friendships. He moved to Marion, Iowa in 2005, where he attended grades eight through ten, during which time he found his love of football, playing lineman for the Marion Indians. Colton moved to Dodge City, Kansas in 2007 where he attended Dodge City High School and continued his high school football career as #66 as a lineman for the Dodge City Red Demons, graduating with the Class of 2010. He then went on to attend the Tulsa Welding School and graduated in 2011. Colton was a loving son, brother, and devoted uncle to his niece, Kenzy Spurgeon. He was a quiet-mannered man, with his gentle smile and respectful ways. He will be deeply missed by all who loved and knew him. Colton is survived by his mother, Sandra Wilks of Carthage; his father and step-mother, David and Venancia Wilks of Rogers, Arkansas; his beloved sister, Delana Larrabee, and niece, Kenzy Spurgeon of Carthage. He also leaves behind his maternal grandmother, Jane Larrabee of Leach, Oklahoma; his paternal grandparents, Brenda Stark of Carthage and Bob and Carolyn Wilks of Decatur, Arkansas; his paternal great grandmother, Nadine King of Gentry, Arkansas, eight uncles: Tim Tucker, Scott Larrabee, Charles Leach, Jr., Brian Larrabee, Daniel Wilks, and Daryl Cude,Jerry Beck, and Joe Beck; four aunts: Teresa Stark, Traci Willis, Trudi Loy, and Tammy Beck along with many cousins and a host of friends. Services will be held at 2:00 p.m. Thursday, October 5, 2017 at Ulmer Funeral Home. Visitation will be from 6:00 p.m. to 7:00 p.m. Wednesday, October 4, 2017 at Ulmer Funeral Home. Burial will be at Fasken Cemetery, northeast of Carthage .Pallbearers are Trevor Otterstein, Anthony Bayless, Trey Leach III, Devron Moore, Tommy Stark, Dalton Cossey, Caleb Fierro, and Jimmy Slates. Honorary pallbearers are James Qualls, Chad Qualls, Tim Tucker, Teddy Stark and Scott Larrabee. Arrangements are under the direction of Ulmer Funeral Home.

Robert Colton Wilks, 26, of Carthage passed away September 30, 2017 at St. Luke&#8217;s Hospital in Kansas City, Missouri after succumbing to a sudden illness. His final hours were spent surrounded by loved ones. Colton was born August 1,... View Obituary & Service Information

The family of Robert Colton Wilks created this Life Tributes page to make it easy to share your memories.