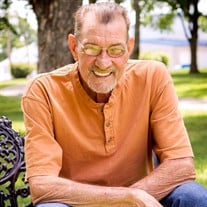 Ronald “Ron” Howerton, 68, passed away Saturday, February 2, 2019 at Freeman Hospital in Joplin. Ron was born August 7, 1950 in Carthage to Francis “Dale” Howerton and Viola (Smart) Howerton. Ron was a lifetime resident of Carthage and retired from Schreiber Foods after 43 years of service. He was a member of the United States Army National Guard for eight years. Ron was united in marriage to Jalene Mitchell on October 1, 1971 in Carthage; she preceded him in death in 2017. Ron is survived by three daughters, Melissa Harris and husband Kevin of Carthage, Christina McDaniel of Mount Juliet, TN and Rhonda Wilhelm and husband John of Stockton, MO; four brothers, Roger Howerton, Mark Howerton and Freddie Howerton, all of Carthage, and Steve Howerton of St. Louis; two sisters, Connie McCoy of Carthage and Bonnie Garin of Virginia Beach, VA; seven grandchildren, Ashley, Carlee, Melynn, Cade, Katie, Jenna, and Gracee; four great grandchildren, Caselynn, Jaedyn, Cole and Caston, along with his two canine companions, Toby and Peanut. Ron was preceded in death by his parents; one sister, Donna Lasiter; and one brother, Gary Howerton. A memorial visitation will be held from 6:00 p.m. to 8:00 p.m. Thursday, February 7, 2019 at Ulmer Funeral Home. Online condolences may be made at www.ulmerfh.com. Arrangements are under the direction of Ulmer Funeral Home.

The family of Ronald "Ron" Howerton created this Life Tributes page to make it easy to share your memories.